Institutional investors depend enormously from the large investment rating agencies.   The rating of bonds and other debt instruments substantially influences the balance sheet, the solvency and the entire investment structure of the investors. Two different aspects now come into fruition.

Many regulators rely on external agencies and their ratings

Solvency II requires insurance companies to rely on external ratings for the calculation of capital adequacy ratios, which forces investors to invest in rated debt instruments only. That creates additional business opportunities for the rating agencies as this model is being applied by most regulators which all seems to favour the big three rating agencies.

Lately a number of investors have launched negative comments about these commercial rating agencies-last not least ATP, the largest Danish pension fund, with assets under management of more than $ 112 billion. ATP accused S&P in the beginning of this year of causing irritations in the market for Danish mortgage bonds – a highly respected if not even the best and liquid mortgage bond market in Europe- by threatening a downgrade. ATP’s view on Danish mortgage bonds was obviously different to the one expressed by S&P. The reason for ATP’s concern was not simply the worry about one off their larger investments but the reasoning and their lack of understanding of the Danish mortgage market by S&P.

Contrary to the regulators the European Union intends to reduce their sheer might and their dependence of the rating agencies. The second revision of the Credit Rating Agency Regulation, CRA III it is being determined that investors 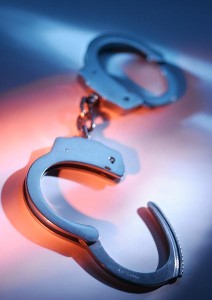 should rely less on external ratings. It seems that the European Union for once has captured the idea of pragmatism by forcing investors to adopt the system which is much less automatic than that prescribed by the regulatory bodies.

This however forces investors to invests more in their own internal credit risk monitoring and analysis which as you know is easier said than done. Internal know-how and databases need to be built or purchased by the investors to get that job done.

If the internal rating analysis gets to a point of a rating worse than that of the big three external rating agencies, it might be justified on account of more careful judgement of risk. However, if the internal rating reveals a better rating, all hell will break loose and the poor analyst needs by far more piles of data to justify his view.

Nobody knows who will win or how these two can be combined. The regulators or the European Union. It might be a match worth watching ones the world football champion ship is over.

Even rating agencies will now be subjected to greater regulatory scrutiny. Once the US have established their guidelines in 2006 the EU has followed since 2010. In the EU rating agencies have now been forced to succumb to regulatory supervision by the European securities and market supervision body, ESMA. This rule requires them to register themselves and have their services certified.

Many attempts have failed

A number of attempts have failed in the past to force rating agencies to collect their fees from investors. Unfortunately the beneficiaries of the rating services have hitherto failed to understand that paying for services might be the cheaper option.

Considering the business interests of issuers and rating agencies to obtain a favourable rating that will ultimately lower their cost of funding, it should be more than obvious even to investors that they should be paying for the rating services. Rather than building up internal know-how to satisfy EU considerations which will add considerable expenses, they should abide by the regulatory requirement and an external rating.

Subcontracting services to outside parties will not necessarily be more expensive. Have you asked yourself why Mody’s was originally called “Moody’s investor services” ? Guess, who will have paid their first bills….